I've been racing RC cars for about 20 years now and I've decided that it might be fun to write about some of the stuff I am doing and racing. I probably should've started a couple of years ago when I was doing a bit more, whereas now I am focused mostly on F1, but I have raced pan car, 4wd tourers in most classes, mini and nitro (tourer and 235 2wd). I've done a lot of state level events but only one National level event. I could say I've managed to avoid most Australian Titles but the truth is I've just never had the budget, the time, and the location all match up at the same time. Even in 2011, I arrived in Perth just 1 day after the Australian Titles had been run.

So this basically this will be a bit of reminiscing and commenting on things I feel are important or interesting. I'll also write about my current racing activities (as much as they are). 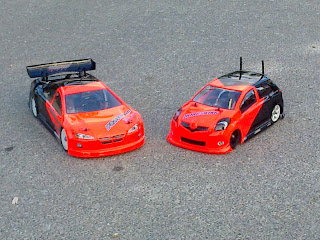