Since moving back to SE QLD, I've wanted to to as many rounds of the Interclub as was possible to do. Living at least 2 hours from the major on-road tracks in Brisbane means that I can't just pop down on a whim, but the Interclub rounds would be worth the extra effort. Usually they have more racers attending than a typical club meeting and there is a high level of competition. As I heard one fellow racer say, the Bayside round I was attending was probably a very good indication of what the QLD Titles will be like.

With both the Mi1.5 and the F1 available and a class for each to run in I had to decide what to run. However, for batteries, I was down to just 2 shortie packs and a couple of old full size packs (not including my old mini packs) so I decided to just run the Mi1.5 in 17.5 tourer. The shortie packs also bring the weight down to UNDER the 1380g minimum weight. So the Mi1.5 was packed up along with everything else and the F1 was left at home. In hindsight it probably wasn't the best move as there was only 5 entries in F1 so a good result was more achievable in F1 than tourer, especially as I have reverted back to running my F1 as a 200mm car which I enjoy driving much more than the narrower setup. 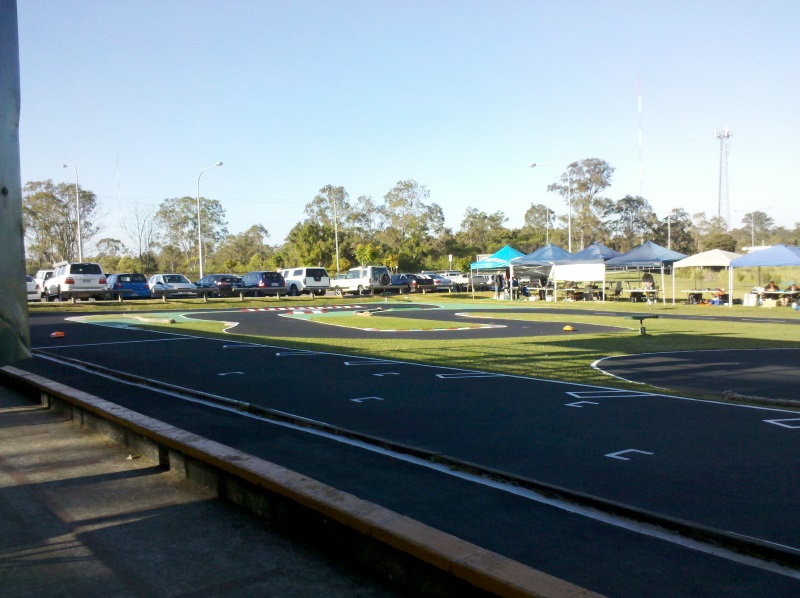 Views of the Bayside track from near my pit space 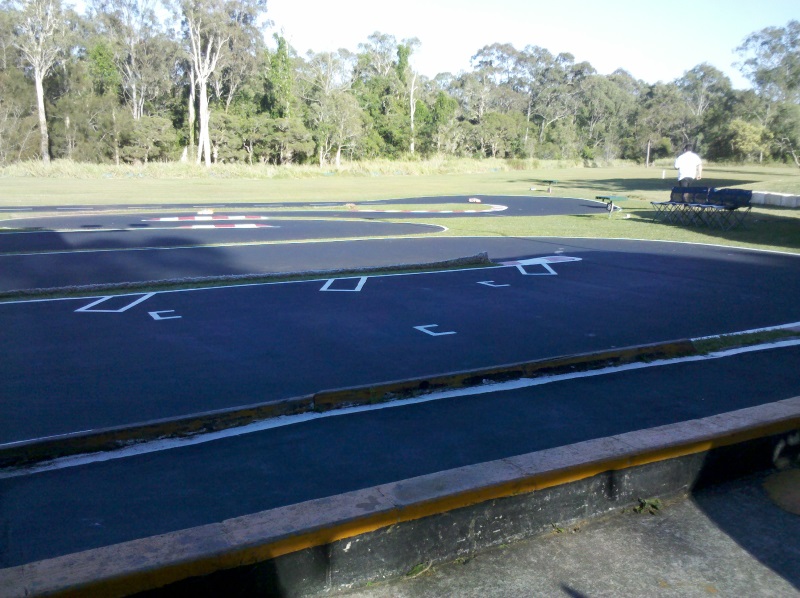 Qualifier 1 - Place 7/10, 17 laps/ 6m 2.799s, Fastest Lap - 20.045.
It's always tough diving in the deep end with a 30 car field and this was definitely the case here. I didn't really have any practice time so I was re-learning a track I haven't raced on in over 5 years as well as everything else that goes along with qualifying in a 10 car race. There was a couple of corners that gave me issues, most notably the sweeper off the front straight along the drivers stand and into a hairpin. I finished 3 laps down on the front runners. 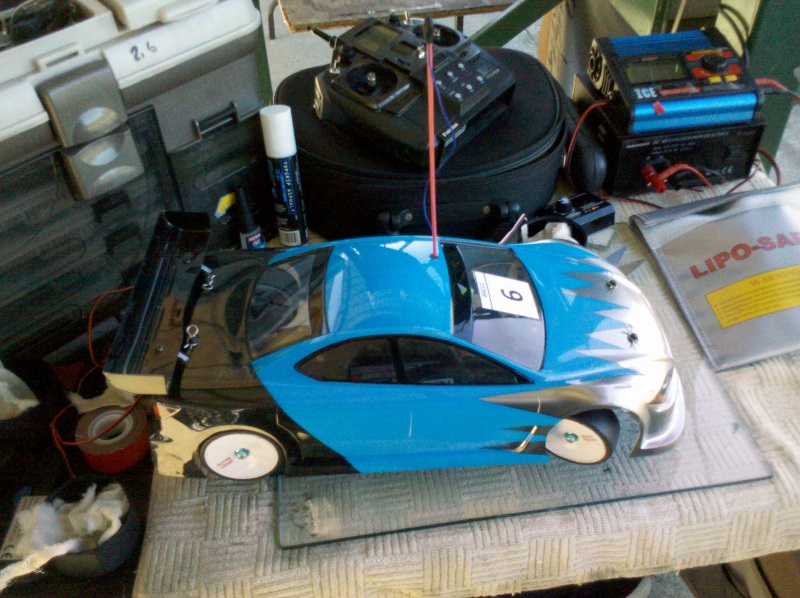 Qualifier 2 - Place 7/10, 14 laps/ 5m 5.395s, Fastest Lap -  19.729.
I tried a different tire prep for this race and the car felt a little more consistent from the start. This let me focus a bit more on my lines and getting apex's tighter. However my fight with the first hair pin got the better of me and I made a major mistake with the result being a broken drive-shaft.

Qualifier 3 - Place 6/10, 18 laps/ 6m14.524s, Fastest Lap - 19.977.
Most of the time between rounds was spent replacing the drive-shaft and resetting the cambers etc. I managed to get my consistency down to around 0.5. This is still a fair way from what is required to run up the front but at least it was an improvement. I was still 2 laps from the A main pace but every race I felt I was improving bit by bit.

Final 1 -  B Final Place 6/10, 17 laps/ 6m 1.386s, Fastest Lap - 20.221.
After a discussion with a fellow racer I decided to change the front shock oil to try and get the front of the car to ride the bumps better (Bayside is quite a bumpy track in places). While it did seem to make an improvement, it also seemed to make the front hook in a bit harder on initial turn in, which took a few laps to overcome, by reducing steering rate a little on the radio.

Final 2 - B Final Place 4/9 (1 DNS), 18 laps/ 6m15.343s, Fastest Lap - 19.607.
Another small change to the rear shocks, laying them over one hole and a chance to do a proper tyre treatment. This was a great race with a great battle with 2 cars at one stage. This race really showed up where my car is lacking and it was very obvious my old Duo 2 based motor was simply no where close to the current crop of big timing motors, both in low speed punch as well as ultimate top end speed. The amount of timing available in the current crop of motors allows totally different gearing and it just makes them faster. I was able to get my consistency back into the 0.5 range again, but my fastest lap is in isolation with my average lap time being 20.720.


Observations
One can never go to an event like this, with no prior practice, and expect much. The best to hope for is a consistent run and good data to take away for the next time. All things considered I had a good day. I was using the Ride RE34 tyres which are the control tyre for the QLD Titles and the consensus amongst the more regular runners, with more experience of the Bayside track, that I spoke to, was that the Ride tyres are slower than the Sorex and and Muchmore tyres usually used, but possibly more consistent in speed as they wear. Of course that doesn't matter to those that were putting brand new sets of Muchmores on for every race! I would love to have $250 to waste on tyres, but then if I DID have that sort of money, I probably wouldn't anyway!

A big thanks has to go to the Bayside club for putting the event on. Things ran really smoothly with only a couple of minor delays to sort out some transponder issues. It all bodes well for the QLD Titles in September. It was also great to catch up with a few people and watch some great racing. Full results from the weekend HERE.

Of course I am going to throw a spanner in my own works by deciding to run 1/12 at the titles, a class I've never raced before, but hopefully my recent experience in F1, and some time spent racing 1/18 pan cars a few years ago, will help a little. It might seem a strange thing to do but I would need to buy a new motor and new batteries to run 17.5 tourer at the QLD's in any case, but with the rule change next year to 13.5, I don't see the point of buying a new 17.5 to run just one big meeting. Plus 1/12 is a one day demo class and that fits in well better with my partner and other factors.


Of course I am not doing it the easy way - there is a scratch built 1/12 taking over my partners office (she's not using it at the moment). I feel a trip to Bunnings coming on...
Posted by Adrian at 21:42